The Nile has long been called the cradle of human civilisation. Today, thousands of years after the pyramids were built along it, the river is still the life spring for millions.

But for how long? A shocking new one-off Sky documentary reveals the river has reached a crisis point with a devastating impact potentially around the globe.

‘Every year the Nile dumps 80,000 tonnes of plastic into the Mediterranean, and that affects all of our futures,’ says investigative reporter Alex Crawford, who uncovers the scale of the problem in The Plastic Nile. 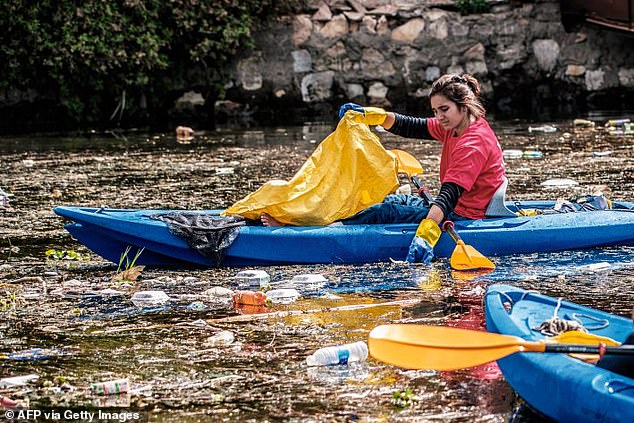 ‘It is an environmental catastrophe. Our crisis with Covid-19 has reminded us all how connected we are – how a wet market in Wuhan can potentially change the life of someone in Britain – and this is another issue that will soon unite all humanity.’

The 90-minute film travels the river’s 4,000 miles, starting at the source, Lake Victoria.

In Kenya, which borders the lake, Alex learns how fish populations are falling, meaning a drastic loss of income for those on the water. Diving in, she comes up with more plastic in her hand each time.

‘It’s washed into the sewers. I’ve seen a kilometre of plastic entering the lake. If something isn’t done we’ll have an island of plastic.

‘Already some of the fish are facing extinction. The fishermen can’t afford to take their children to school or to hospital. No one can afford to build houses.’

The plastic degrades into near-invisible particles: microplastics. These are eaten by fish and stay in their gut, affecting the ability to eat and even reproduce.

Research done on the fish in Lake Victoria has found more than half had microplastic in their gut. And these fish then enter our food chain. 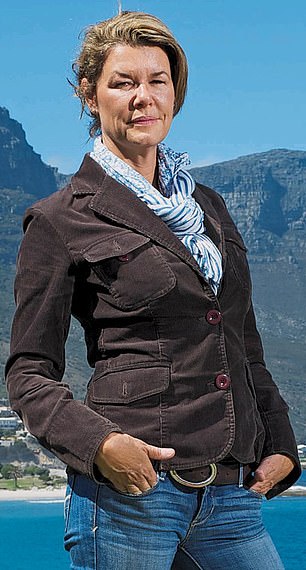 Investigative reporter Alex Crawford, who uncovers the scale of the problem in The Plastic Nile

Alex explores how some of the poorest countries are attempting to tackle the plastic issue – but it is hugely complex.

Plastic is needed to fetch clean water, and in the parts of Africa still at war it’s also used in refugee camps for vital protection from the elements.

Some steps are being taken to reduce the use of plastic, but they aren’t always effective.

Kenya has banned the production and sale of plastic bags, as have South Sudan, Ethiopia and Uganda – countries through which the Nile flows – but Alex discovers that hasn’t stopped illegal production.

People still want them, not least market stall holders who don’t like the pricier biodegradable bags the government insists on.

Corrupt police officers are bribed to ensure criminals aren’t caught. ‘We uncovered evidence of a multi-million-dollar global smuggling ring that threatens to undermine all the efforts to clean up Africa,’ says Alex.

She meets Nhial Majak, then deputy mayor of Juba, the capital of South Sudan, who has undertaken the dangerous mission of ridding his city of plastic bags; he has armed guards due to threats to his life.

‘The Nile will die if nothing is done now,’ he tells Alex. ‘We have to preserve it, as it was preserved for us. I’m determined to ensure plastic is gone from this country.’

As Alex moves north, the Nile’s banks are covered in plastic. It’s not just fish and birds ingesting it, but cattle too.

She visits a vet in Ethiopia as he operates on a calf’s stomach; astonishingly, he pulls out two large plastic bags.

The problem appears to be even bigger in Egypt, where the river meets the sea. In Cairo, work is being done to recycle plastic but as Alex leaves the city, she sees the problem is everywhere.

‘The government don’t want people talking about the pollution – they have jailed people for reporting on it,’ says Alex.

‘Some waterways were so clogged up, you couldn’t see there was water underneath.’

Finally, she reaches the point where the river runs into the sea. ‘There’s plastic everywhere,’ she says.

‘This is a worldwide issue that will smack us in the face. We in the West think we’re doing our bit, but we need to see the bigger picture. We need international collaboration, urgently. People need to realise what’s going on.’ n