For many years, tourists from all over the world have been travelling to Osaka to tuck into the famous Japanese ‘jiggly’ soufflé pancakes.

But no longer will Australians have to jet overseas to enjoy the treat as the popular Gram Cafe & Pancakes has opened its first ever Australian store in the Sydney north shore suburb of Chatswood.

Retailing at $18.90, the delectable pancakes have become the star attraction of the cafe, with their light texture carefully created in the kitchen. 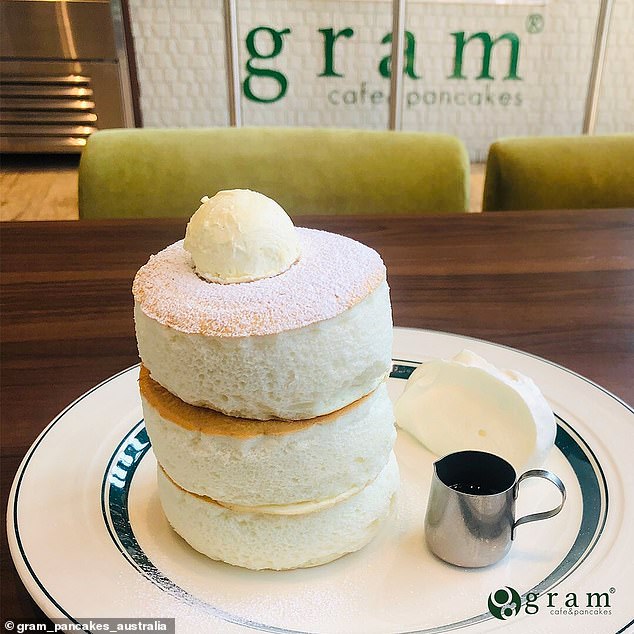 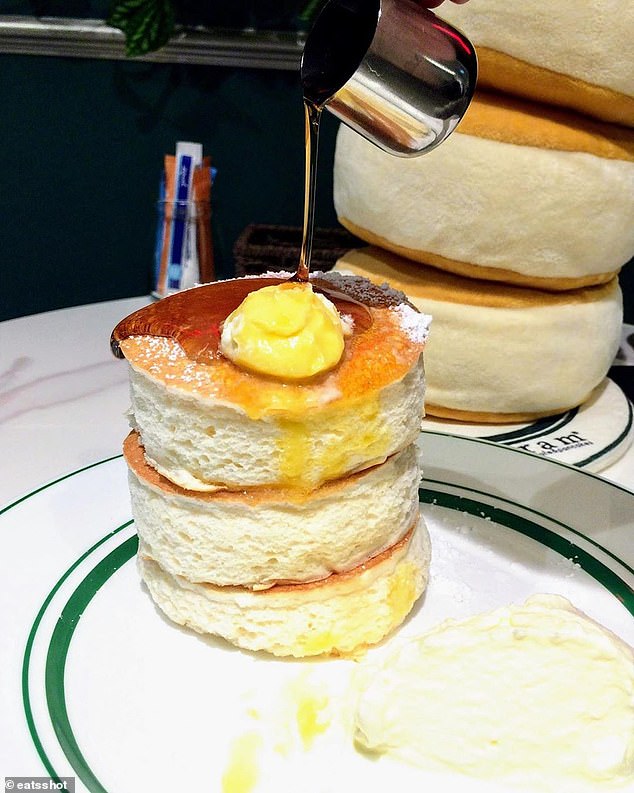 The chefs whip egg-white batter on high speed until stiff peaks form. Next, they are steamed under metal domes, and then cooked on a hot plate until its golden on the outside, light and fluffy on the inside.

The cafe’s executive chef was flown to Sydney from Japan to teach the team the secret to perfecting the famous soufflé pancakes.

And since opening its door on February 21, the Chatswood store has proved popular after customers revealed having to line up in massive queues, with up to two hours of wait time.

‘The line was so long I had to queue for two hours. But worth the wait, they were amazing. They were so fluffy and the handmade cream on the side was so smooth and delicious,’ one diner said.

The range of toppings and sides include tiramisu, matcha or caramelised banana and honey apple with earl grey cream – or a savoury version served with smoked salmon or bacon.

Other items on the menu include brioche French toast, parfaits and smoothies. 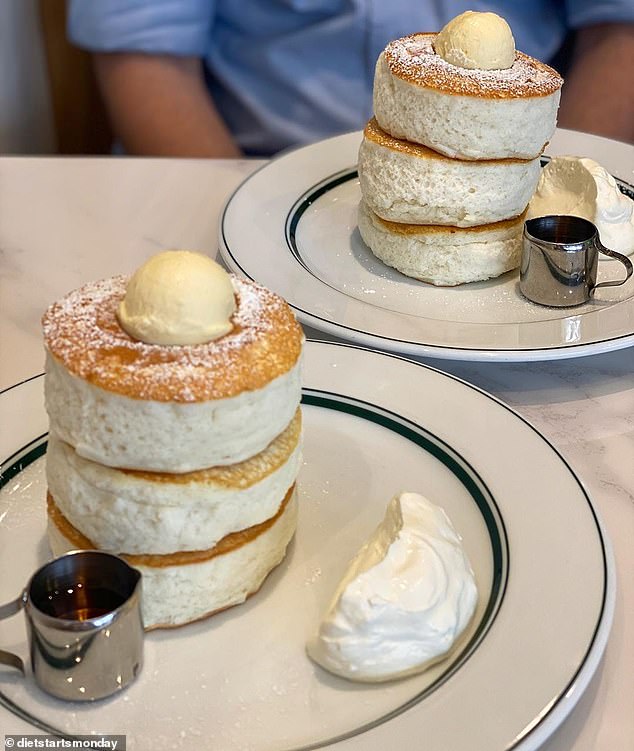 The $18.90 pancakes have become the star of the cafe because of its super light and fluffy texture – and it all comes down to how they are made 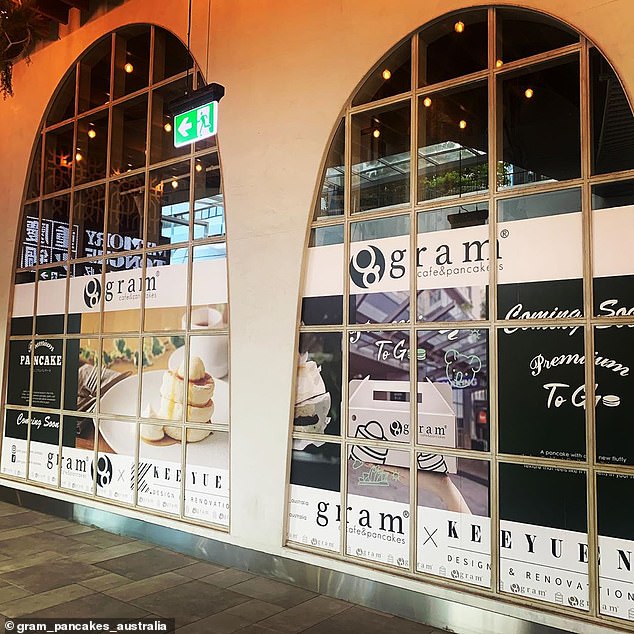 Founded in Osaka in 2014, the Sydney venue is among the chain’s 60 stores across Asian and North America

The Sydney store had initially offered a limited amount of pancakes per day but after drawing in large crowds since opening, the cafe will now be serving the soufflé throughout the entire day.

‘We hope everyone can understand that the response we have received over the last two to three days of the official grand opening has been incredibly overwhelming,’ the cafe said in a statement.

‘Our team are adapting their operations and trying to keep up with the demand… As such, there will be no limiting to the number of premium pancake portions per day, and we will be serving them throughout the day.’

The cafe said the ingredients are imported directly from Japan.

‘The cream being used is not something you can buy in Australia, or else the fluffiness and flavours we have been able to achieve wouldn’t be so unique,’ the owners said.

Founded in Osaka in 2014, the venue at Chatswood Interchange, near the train station, is among the chain’s 60 stores across Asian and North America.