You’re expecting laughs when Jessica Hynes pops up on screen.

The actress has won numerous awards for her comic roles, having starred in sitcoms from W1A to The Royle Family.

But her new film The Fight, which she’s written, directed and stars in, is very light on laughter, focusing on Tina, who turns to amateur boxing to deal with issues as a mother, daughter and wife.

It’s an idea she came up with five years ago while working out.

‘I went to a BoxFit class in a beautiful old gym in Folkestone which felt really cinematic, and I thought it’d be brilliant to film in,’ explains Jessica, 46, who lives in the Kent town with her husband, sculptor Adam Hynes, and their three children aged 18, 16 and 13. 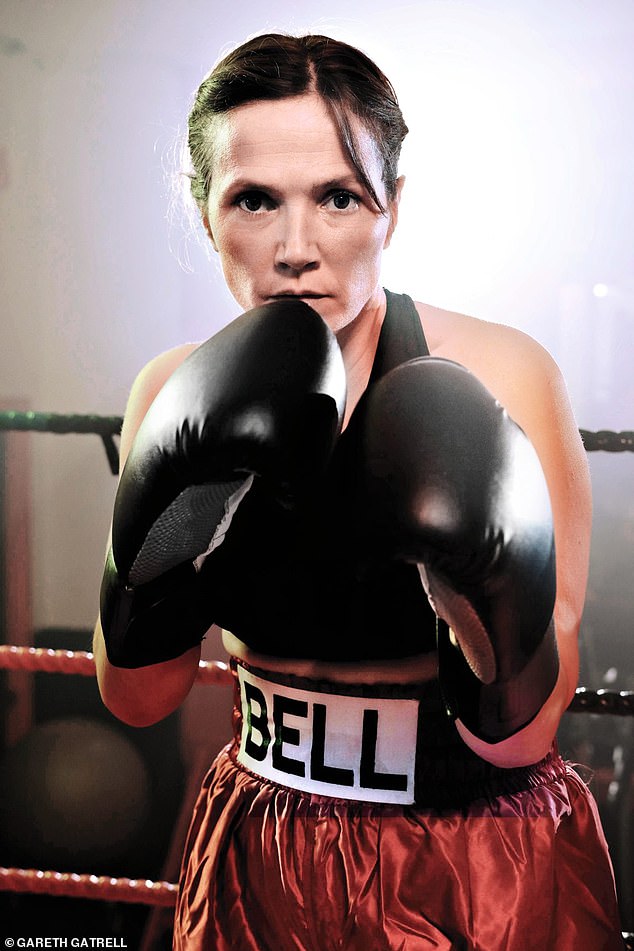 ‘Then I saw female amateur boxers sparring and thought, “What would be the journey if you were a BoxFit mum who got in the ring?” So I developed Tina’s story and realised you can’t tell it without exploring anger, and it felt right to look at cycles of family dysfunction.

‘I wanted to make something that feels authentic, connects with people and reflects a real experience.

‘The stakes get higher for people as they get older; I really observe that in my friends.

‘You realise all the different kinds of struggles people go through in their own families and what they have to overcome that can affect how they deal with things.’

Being a working mum of three teenagers, Jessica is all too aware of the complexities of balancing a career with family life.

She chose a particular stage of life for Tina and her husband Mick, who have three children, with the eldest being 13.

‘I chose when you’re just out of the toddler years so you’re out of the nappies but you’re really tired.

‘Most parents can relate to that. I wanted to draw a picture of a working family under pressure.

‘Tina feels family life is overwhelming her, and she comes to breaking point after a threat to her daughter, which is the ultimate crisis for a parent.

‘Tina feels responsible. It’s all about her saving herself and her family from her own demons.’

Jessica was kept busy playing the lead, and directing for the first time. 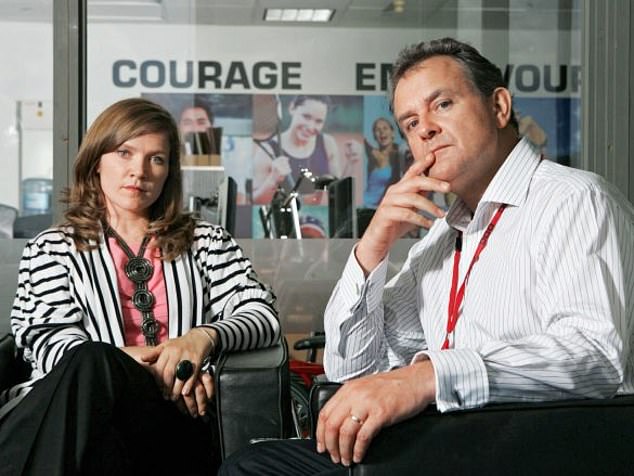 Jessica won a BAFTA in 2015 for her role as Siobhan in W1A. Pictured, the actress opposite co-star Hugh Bonneville as Ian

‘There was a freedom: I’d focus on everyone else, then do me and be as simplistic as possible.

‘I don’t worry about what I look like – sometimes I think I should’ve brushed my hair! But it wasn’t an accident.

‘You’re in the ring and it’s your body and you’re not thinking about yourself, you’re telling a story.’

The Fight was filmed in just 12 days around Folkestone to keep the budget down, and Jessica attracted a cast that includes Russell Brand, Anita Dobson, Christopher Fairbank – who played a wheeler-dealing alien in Guardians Of The Galaxy – and Cathy Tyson, who starred in cult 80s gangster movie Mona Lisa.

‘Cathy was first on board,’ she says. ‘I felt a euphoria because she’s a star and she was going to do our little film.

‘Anita is a revelation in it, and Christopher was interested in the theme of domestic abuse towards men, which is still quite taboo.

A threat to her daughter takes my character to breaking point

‘When Russell Brand agreed to be the referee for the final scene in the boxing ring, our financiers were able to use his fame to get the money to film it – the scene would have been too expensive otherwise.’

Born Tallulah Jessica Elina Stevenson in south-east London, Jessica was raised with her sister Zoe – a costume designer on Absolutely Fabulous – in Brighton by their mother after their parents divorced when they were young.

Jessica says she was always trying to make people laugh from a young age.

‘I probably wasn’t always funny but I tried,’ she smiles.

‘I was happy to have any audience. I was inspired by Julie Walters, Victoria Wood and French and Saunders.’

She spent three summers with the National Youth Theatre from age 14. 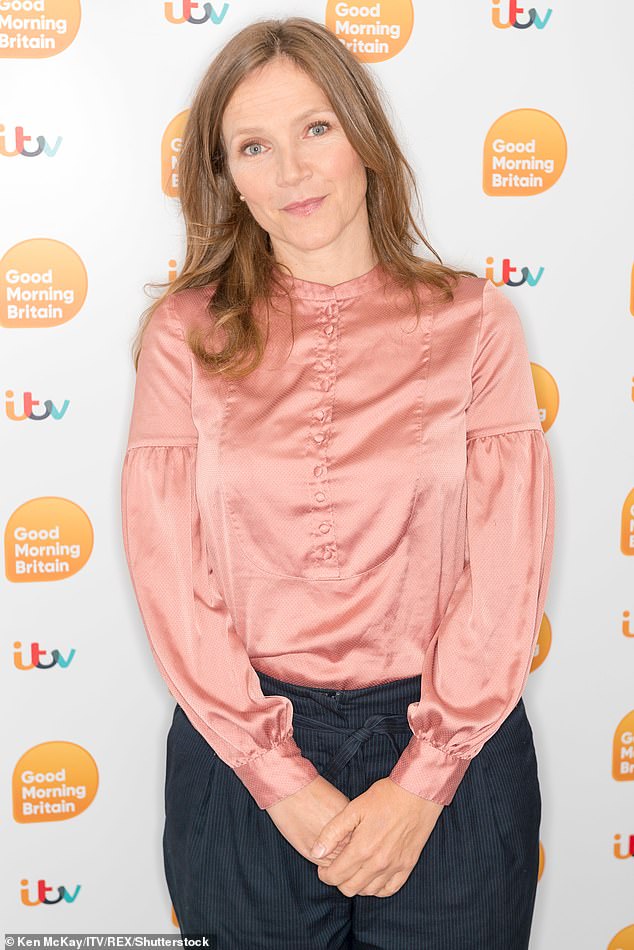 Despite a string of awards and nominations, Jessica, pictured last month, doesn’t feel like she’s ‘made it’ in the industry

One friend from then is her first writing partner Katy Carmichael, through whom she met Simon Pegg; the three of them created turn-of-the-millennium Channel 4 flat-sharing sitcom Spaced.

Roles in The Royle Family, Bridget Jones’s Baby, Shaun Of The Dead and Paddington 2 followed, yet despite winning BAFTAs for W1A in 2015 and 2018’s comedy-drama There She Goes, as well as a nomination for an Olivier for Jez Butterworth’s The Night Heron and a Tony for Alan Ayckbourn’s The Norman Conquests on Broadway, she doesn’t feel like she’s made it.

‘I don’t know if anyone does,’ she says.

‘You have a job but you don’t know if you’ll get another. It’s the self-employed thing.’

She doesn’t feel the BAFTA for There She Goes, in which she and David Tennant play the parents of a child with a chromosomal disorder and which is returning for a second series, is for her.

‘The writer Shaun Pye and his wife Sarah have created something that’s connected with people who were without a voice on TV. It’s extremely special.’

Jessica is a big fan of Sharon Horgan, the Catastrophe co-creator who was a producer on There She Goes and whose production company Merman is behind it. ‘She was at the read-through,’ says Jessica.

‘She’s such a powerhouse.’

So why does she think the likes of Sharon and Phoebe Waller-Bridge are doing so well? ‘People appreciate the human experience being explored with honesty,’ she explains.

‘When a writer has the confidence to mine their lives, it’s immensely rewarding for the audience. There has to be a grain of truth in good comedy.’

The Fight is out now on DVD.

Boxing Tips – How Versatile Are You? Tips for Versatility in Your Boxing Style

Some Barbering Tips & Tricks Might Improve All Your Haircuts! Techniques You Must Know!