Mum-of-one, Hannah McEwan, from Aviemore, Scotland, took to Twitter to share her rage at two sets of chocolate coins which were packaged differently.

The two sets of 69p coins appear to be in nets of various colours, but one has a pink tag with a picture of a girl, while the other has a blue tag and shows a boy on the front.

Alongside a picture of the coins next to their price tag, she tweeted: ‘Oh hey @homebargains just wondered why you feel the need to put a gender on chocolate coins? 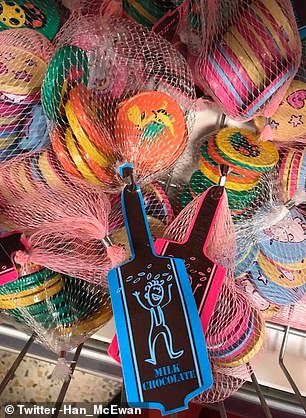 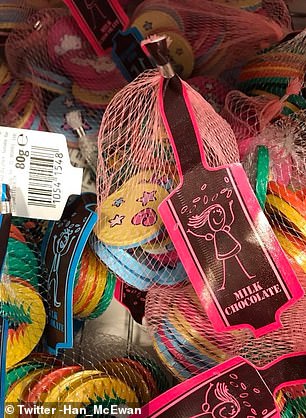 Home Bargains has fueled outrage online for selling ‘sexist’ gendered packets of chocolate coins, with a blue tag with a boy seen left and a pink tag for a girl seen right 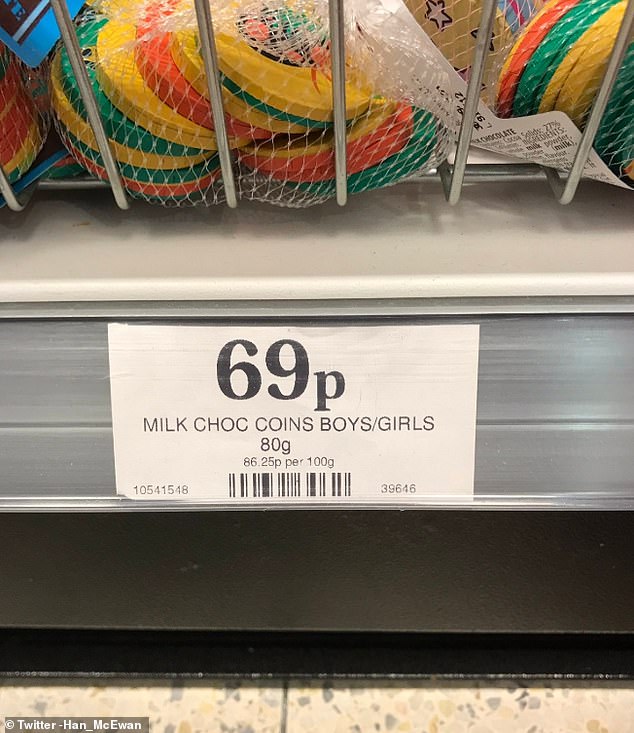 The 69p chocolate coins were the same price and contained the same product however one was tagged blue, for boys, and the other pink, for girls

‘Why not just do separate bags so people of all genders can decide for themselves? #everydaysexism #coloursareforeveryone #pinkandblue #boring’.

Followers quickly showed their support with one asking why the store had changed their packaging from the classic gold and silver to pink and blue.

One wrote: ‘Oh god, what’s wrong with the silver and gold ones that actually look like money?’.

Hannah replied: ‘Yes! Exactly. I mean these would be fun to add some colour to a present or party bag but (plastic use aside!) I refused to buy them on principle.’

The post was shared on Facebook page Let Toys Be Toys – which is dedicated to calling out gender stereotypes – and was quickly inundated with more internet users sharing their confusion at the coins.

One user felt it would save the company money to have gender neutral chocolate, while another insisted that children don’t care what’s on the outside of their treat.

Christin Thatcher wrote: ‘I imagine the company could save a lot of money by making only one label and having the chocolate inside be an assortment of dinosaurs and unicorns and hearts and such, instead of separating them out.'(sic) 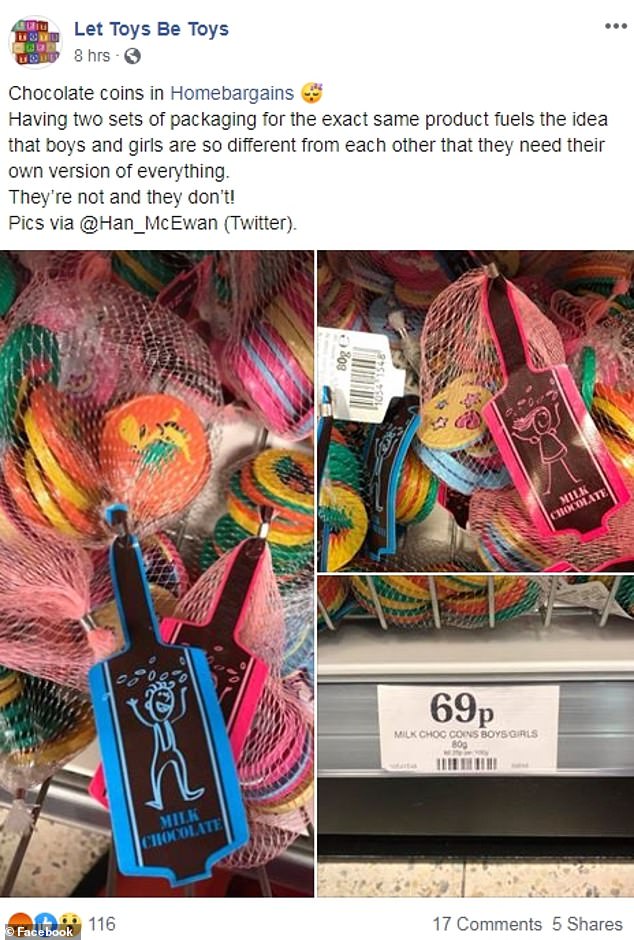 The post was shared on a Facebook page dedicated to calling out gender stereotypes, prompting even more people to slam the different coloured tags on the coins

Jen Allen commented:  ‘It’s chocolate. All kids love chocolate and they do not CARE what’s on the wrapper in their rush to get it off! Why do they do this?’.

Tim Holt added: ‘If anything is universal, surely it’s chocolate’

More users fumed that the ‘ridiculous’ packaging means parents will have to buy two types of chocolate for their children.

Gemma Muncy said:’This is ridiculous. But I’m going to see a positive. At least the girl is being active [in the pictures] and not sitting to scoff the chocolate. That’s the best I can do. (sic)’ 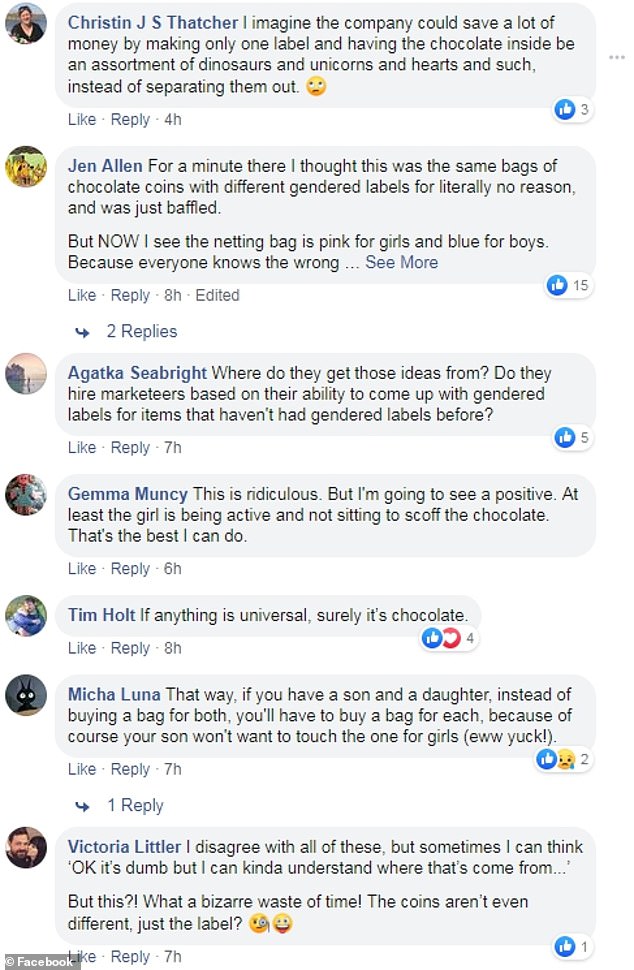 Facebook users were quick to rage at the product, with some branding the packaging ‘ridiculous’ while another called it a ‘bizarre waste of time’

Micha Luna commented: ‘That way, if you have a son and a daughter, instead of buying a bag for both, you’ll have to buy a bag for each, because of course your son won’t want to touch the one for girls (eww yuck!)(sic)’.

Stephanie Cuthbertson said: ‘First of all kids don’t give a flying fig about what the chocolate is wrapped in, they don’t even look at it when they’re hungrily ripping it apart to get to the good staid so it is doubly pathetic and utterly ridiculous to segregate chocolate coins! (sic)’

View All
Makeup Tips For Beginners