Princess Eugenie was all smiles as she put on a stylish display when stepping out in London last night.

Her sister Princess Beatrice announced her engagement last month, and the glow of the happy news clearly hasn’t worn off for the proud sibling.

The Queen’s granddaughter, 29, looked delighted as she paired a recycled £200 Sandro mini dress with black knee-high boots for an evening in Mayfair. 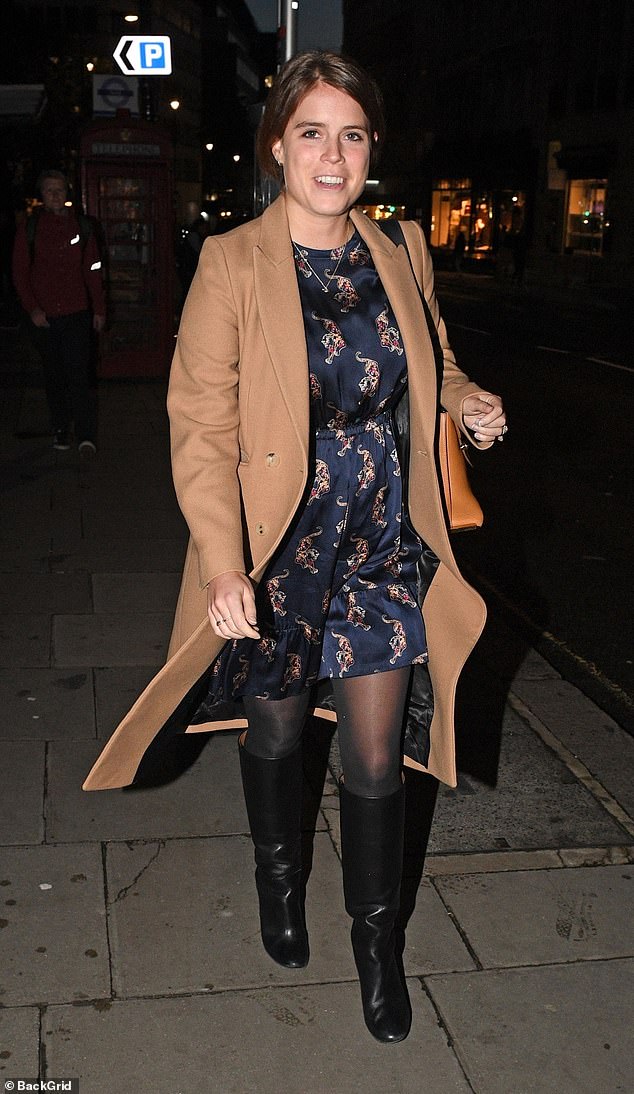 Embellished with fierce-looking, vibrant tigers, the above-the-knee frock accentuated the royal’s slender frame with its cinched detailing before flaring into a dropped hem feature.

The daughter of Prince Andrew first wore the dress in May 2018 when attending the Oscar’s Book Prize at St James’s Palace alongside her mother, Sarah Ferguson.

She teamed the statement garment with an autumnal brown, long coat, black tights, and a chic two-toned handbag.

Adding a smattering of low-key makeup to her features, the royal kept her look natural with thin black eyeliner and a pink lip-gloss.

A simple silver necklace dangled from around Eugenie’s neck, while her auburn hair was pinned back away from her smiling face. 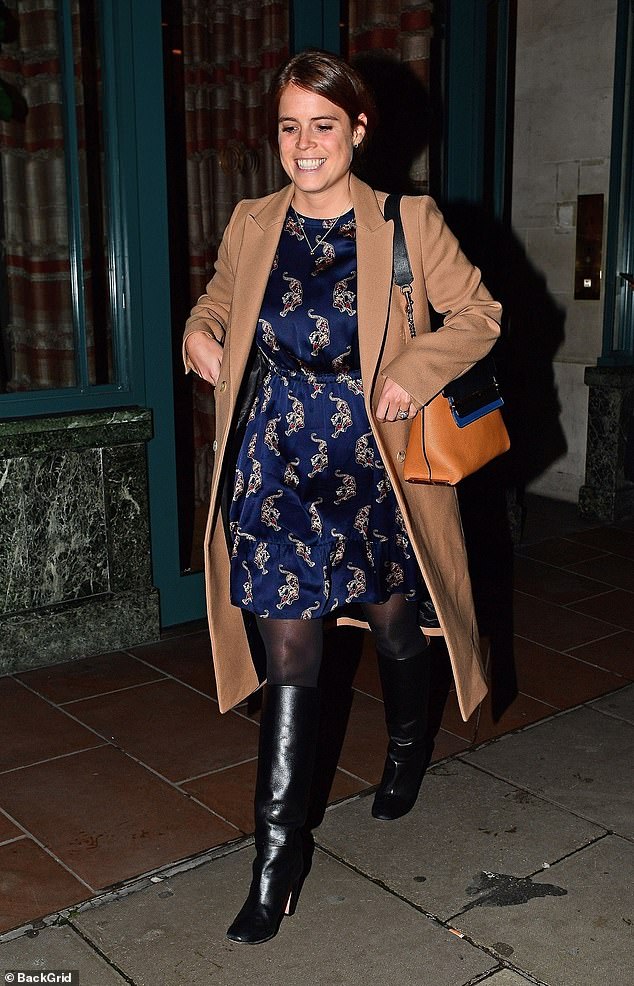 The Queen’s granddaughter, 29, looks delighted as she pairs a recycled £200 Sandro mini dress with black knee-high boots for an evening in Mayfair, last night

Feel like a princess in a tiger print dress by Sandro 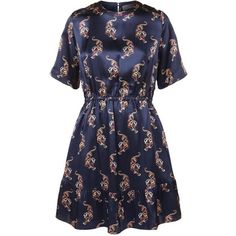 Princess Eugenie and her sister Beatrice have got a real penchant for très chic French labels The Kooples, Maje and Sandro.

This time Eugenie is decked out in the latter, teaming a tiger print dress with a smart camel coloured cover-up. Both are by Sandro, and whilst when we say tiger print you might think of striking stripes, it’s actually little leaping big cats!

We love the slinky satin fabric, frill hem and fit and flare shape of this navy number. Unfortunately it has now sold out, but click (right) to browse the current collection of Sandro dresses.

Or show your wild side with the help of our edit below. Monsoon have come up trumps with a very similar design!

* PRICES MAY NOT BE AS ADVERTISED 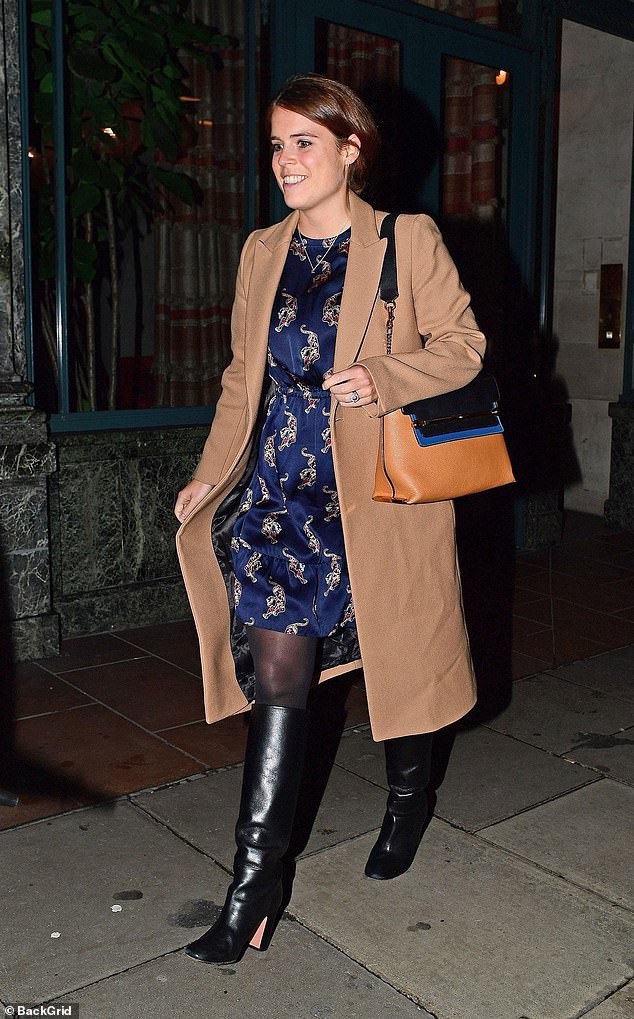 Embellished with fierce-looking, vibrant tigers, the above-the-knee frock accentuated the royal’s slender frame with its cinched detailing before flaring into a dropped hem feature

The tenth-in-line’s appearance comes just weeks after she played a starring role in the engagement announcement of her sister, Princess Beatrice to Edoardo Mapelli Mozzi.

The Princess got behind the lens to take a series of three colourful images of the soon-to-be marrieds, who announced their engagement via an official Buckingham Palace memo last month.

Eugenie will no doubt be first in line for a role as bridesmaid at her sister’s 2020 nuptials, after Beatrice did the honours when Eugenie tied the knot almost a year ago.

In a gushing tribute to her older sister, 31, on Instagram, Eugenie revealed her joy at the couple’s big news, saying: ‘Wow! I’m so happy for you my dearest big sissy and dear Edo. It’s been a long time coming and you two are meant to be.’

HOW I REMOVE MY MAKEUP + TIPS ft. Bifesta | MONGABONG