A brave teenager who was born with clubfoot and opted to have one of her legs removed to ease the debilitating pain is pursuing her dream of becoming a dancer – using a prosthetic limb.

Ruby Bryan, 14, from Denbigh, Wales, made the life-changing decision to amputate her right leg below the knee nine months ago.

She was born with bilateral talipes club foot – which was picked up on her mother Angela’s 20 week scan.

Ruby spent most of her childhood in casts and specialised boots and bars, as well as undergoing numerous operations to correct her feet, reports North Wales News Live. 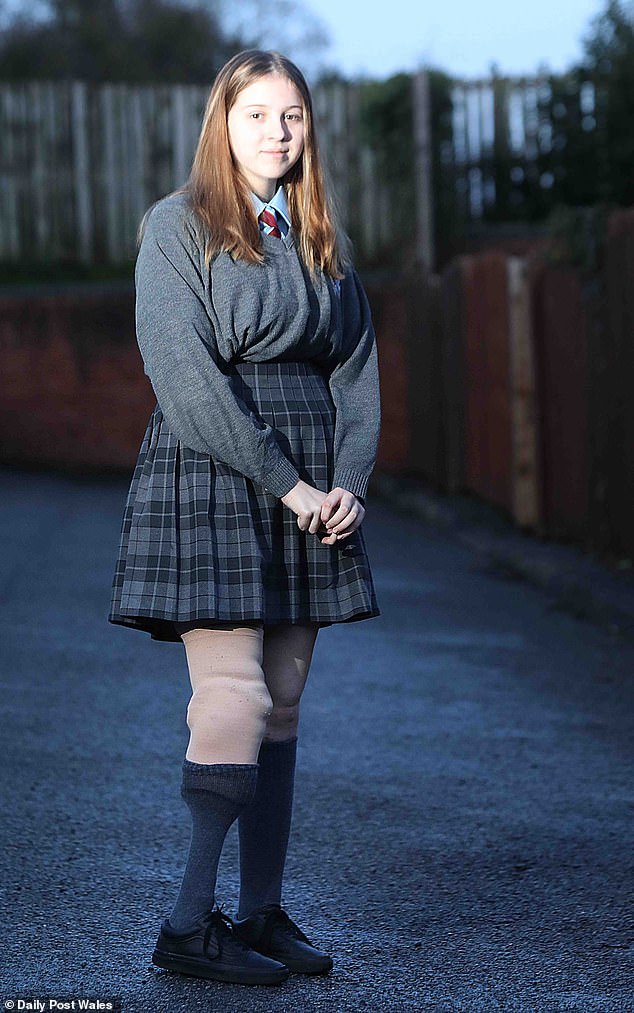 Ruby Bryan, 14, from Denbigh, Wales, made the life-changing decision to amputate her right leg below the knee nine months ago

But one foot continued to continue turning inwards, causing her a great deal of pain and affecting her mobility.

After considering her options, in March this year Ruby decided to amputate one of her legs to give her a better quality of life – and is now making incredible progress.

Mother-of-three Angela said: ‘She was given walking sticks to help her but got rid of them within two months.

‘She even managed to walk for miles around the Manchester Christmas markets. I am so proud of her.’ 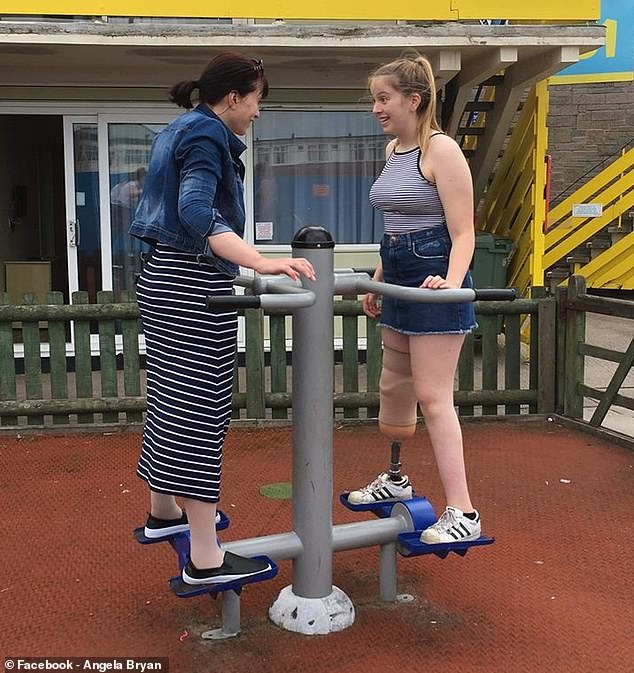 Ruby, pictured post-amputation, was born with bilateral talipes club feet – which was picked up on her mother Angela’s (pictured) 20 week scan

As a baby, Angela told how Ruby was in full leg casts for the first year of her life, then had to wear boots and bars (Ponseti method) as she got older until she turned five.

But with one foot constantly giving her problems, Ruby was often forced to take strong painkillers to help her cope with her condition.

Her mother said often being in agony ‘dragged Ruby down’ – but since having a below-knee amputation, under the guidance of her consultants, the teenager is now a ‘different person’. 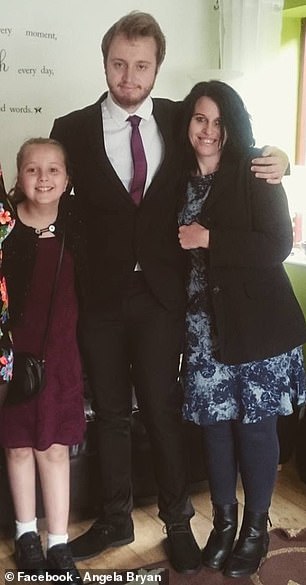 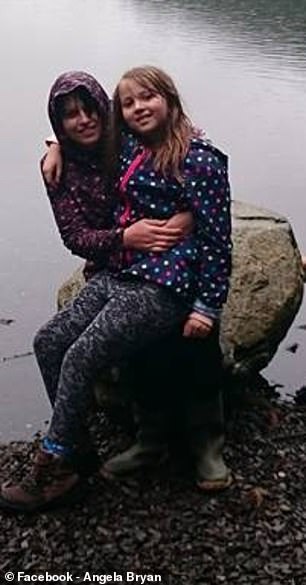 Ruby, pictured left three years ago with her mother Angela and her brother, and right with Angela, both before her amputation, is now ‘like a different person’

‘She’s completely adjusted to it and doesn’t have to take any medication any more,’ Angela said. ‘She doesn’t let anything stop her.’

The proud mum praised the NHS for the care it’s shown her daughter; but while she is coping well with her prosthetic, Angela said they would love to get her a new one which better suits her active lifestyle.

Ruby is a passionate dancer, with one of her teachers – Sarah Leanne Davies, manager of Shine Theatre Arts Academy, who has taught her for five years – branding her a ‘talented performer’ and ‘an inspiration’. 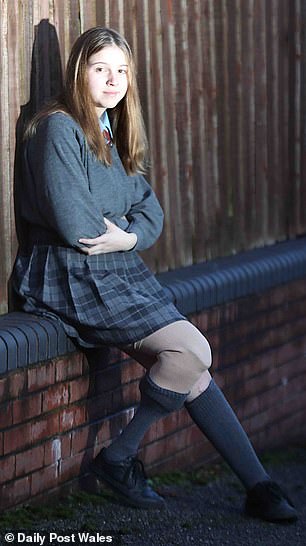 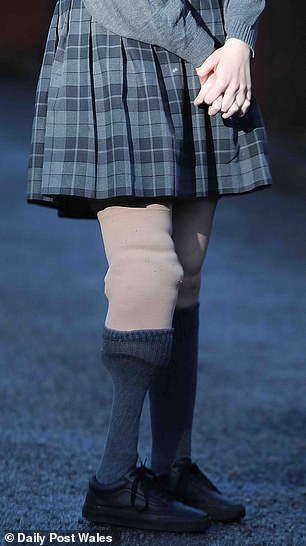 While Ruby is coping well with her prosthetic, Angela said they would love to get her a new one which better suits her active lifestyle

Sarah is spearheading a fundraising drive to help boost funds towards a new prosthetic leg for Ruby, and is organising a Christmas concert in her honour.

She told North Wales News she was amazed by Ruby’s progress when she returned to dancing in September – just six months after her operation.

‘I’m so proud of her achievements and love that her Shine friends are by her side,’ Sarah said.

‘We want to raise as much money as possible for Ruby because she’s so determined, she simply won’t give up.’

The Shine On With Friends Christmas charity concert takes place at Denbigh Town Hall on December 22 at 7pm.

What is bilateral talipes club foot?

Club foot (also called talipes) is a birth defect that can affect one or both feet. Early treatment usually helps correct it.

Club foot can’t be treated before birth, but picking up the problem during pregnancy means you can talk to doctors and find out what to expect after your baby is born.

If your baby has club foot, one or both feet points down and inwards with the sole of the foot facing backwards.

Club foot isn’t painful for babies, but if it isn’t treated, it can become painful and make it difficult to walk as they get older.

Club foot is quite common, affecting about one baby in every 1,000 born in the UK. Both feet are affected in about half of these babies.

A technique known as the Ponseti method is the main treatment for club foot nowadays.

This involves gently manipulating your baby’s foot into a better position, then putting it into a cast. This is repeated every week for about five to eight weeks.

After the last cast comes off, most babies need a minor operation to loosen the tendon at the back of their ankle (Achilles tendon).

Sometimes club foot can come back, especially if treatment isn’t followed exactly. If it comes back, some of the treatment stages may need to be repeated.

View All
Makeup Tips For Women

View All
Makeup Tips For Beginners

3 in 1 Eye Makeup For Beginners | TheMakeupChair